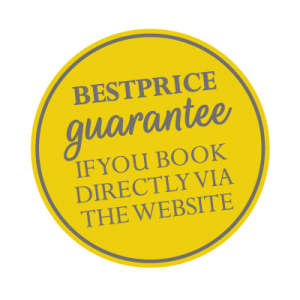 The Hotel Ritter Jörg is a hotel with a long history and is now under new management. Our new owners have been welcoming you with delicious cuisine and comfortable hotel rooms in Sommerhausen since 2019. Our ideal location in the town, a versatile cultural offering, numerous cycling paths, vineyards and our proximity to the town of Würzburg provide you with numerous ways of spending your free time.

All of the bedrooms in the hotel have been extensively renovated in the course of the reopening. To make our guests feel at home, we have equipped the rooms with lots of additional comfort. During the work, the hotel’s historic charms were preserved in their original state and restored with great attention to detail. All of the hotel’s equipment and technology are now state of the art. Cyclists can look forward to a lockable cycle storage area and power for charging their e-bikes.

Our motto, “Franconia goes exotic”, stands for a stylish atmosphere combined with the friendly hospitality from our Italian roots and delights of Franconian cuisine. You can look forward to our varied range of dishes as well as typical Italian and Franconian wine specialities. We wish you a pleasant stay and buon appetito in our restaurant! 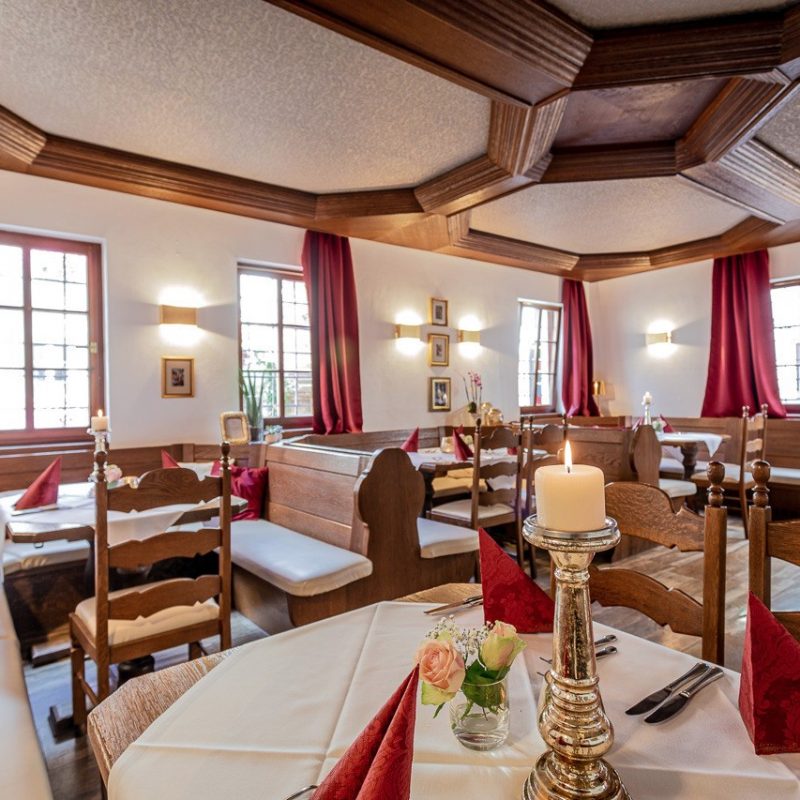 Let us spoil your guests with delicious catering supported by our hard-working and friendly service staff. Celebrate weddings, birthdays, company events and other celebrations in our charming restaurant. A menu or buffet offers delicious meals and drinks to cater for every taste. Contact us and reserve your preferred date for your celebration.

Hotel Ritter Jörg’s history is inextricably linked with that of the Sommerhausen municipality. Its name is a reference to the historic Knight Jörg from the Counts von Rechteren-Limpurg-Speckfeld. To honour his commitment to enforcing market law, the Jörgenbrunnen was built in 1574. This fountain can still be found today immediately in front of our hotel. The property itself has been run since the 15th century as "Holzhäuser’sche Wirtschaft Zum Bären" and later under the name of "Zum Löwen". It received the name "Ritter Jörg" after it was converted and reopened in 1981.

The historic hotel has fulfilled a host of different functions in its eventful past. The buildings also served as military camps in the turmoil between the 17th and 19th centuries. During the Thirty Years’ War, legend has it that even the Swedish monarchs spent the night here. The stopping place for the stage coach, which was set up in 1792, was the inspiration for our little post room. In 2019, the hotel changed hands and was extensively renovated and modernised. The acquisition of the restaurant by Gianni Mentolo and his family and team marks a new chapter for our hotel and we are proud to be part of it.

Our location in the tranquil Main Valley, just 12.7 km south of Würzburg, offers an abundance of magnificent nature and historic towns. You can get here quickly and easily via the A3 Frankfurt-Nuremberg motorway. The wonderful nature between vineyards and fruit trees is an attractive place for sporting activities. Rich culture and numerous events delight residents and visitors to the town alike. Fans of Franconian wines can meet on guided tours through the surrounding wineries and informal wine-tastings.

Tips for the area